Less than one-third of all youth in foster care will earn a high school diploma. It’s an astonishingly low figure that doesn’t get much attention -- however, Shanté Elliott’s first-hand experience of adoption has given her an affinity to make a difference for this oft-neglected demographic. As the Founder and CEO of TasselTurn, Elliott shares her insights on foster care, diversity in tech, and the significance of second chances. 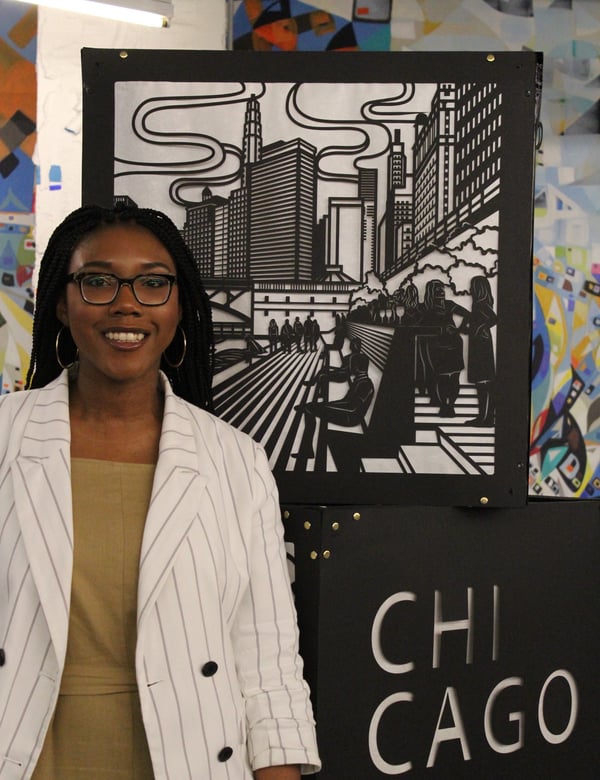 Throughout her journey to permanency, Shanté Elliott was surprised -- and disappointed -- to learn that she’d be changing schools in a few weeks’ time. Imagine, if you will, what it’s like for someone to separate from their friends and connections part-way through the school year. Now imagine that happening four times over and you have a sense of what Elliott had to deal with in order to graduate high school.

“I changed schools four times and that was a very difficult experience. A lot of traditional foster care agencies focus on safety and I think that’s a very important concern, but unfortunately, they don’t always focus on the educational aspect and that’s just as important.”

Elliott attributes part of the issue to the low number of caseworkers in the foster care industry. On average, a single caseworker will service at least 25 casesat once -- and that’s not including sibling pairs. What’s more, Elliott says that most agencies are still operating with pen and paper.

“Foster care organizations mean well, but they’re still behind in a lot of ways. First, there’s not enough staff to ensure that every child receives a proper education. Second, most agencies aren’t tech-enabled and can’t provide an efficient service because they’re using outdated systems. Lastly, they have to navigate through the constraints placed on child welfare agencies. Unfortunately, the demographic most affected by these problems are the students in foster care themselves.”

“One of the things we’re focused on is building a service that teaches youth all of the soft and hard skills that they need to be competitive. A large portion of children in foster care come from adverse or traumatic backgrounds so while we want our coaches to provide strong educational skill sets, we also want our coaches to act as personal mentors. Having that connection is very important.”

And though Elliott has already made a positive impact in the lives of many, she wants to grow her platform so she can reach even more students infoster care -- it’s a mission that brought her to WiSTEM, 1871’s 12-week accelerator program for women entrepreneurs.

“I knew that there were accelerators supporting women founders, but as a black woman and entrepreneur, I didn’t see many programs where there were women of color. When I received an invite to the WiSTEM showcase, I attended and saw that women of color were represented. That’s when I realized that WiSTEM would be a great fit for me.”

After graduating from the 12-week curriculum, Elliott says she’s better prepared to take on the challenges of growing and expanding her company. And while she’s gathered a number of important insights from WiSTEM, Elliott says the most important business advice that she’s ever received doesn’t really have much to do with business at all.

“I believe in the golden rule. I believe in extending grace at all times. It may not be top of mind for all entrepreneurs, but I think it’s important to show people that you care about them. I give second chances because I make mistakes just like everyone else, and I think it’s important that everyone in an organization is held to a high standard. Having that kind of empathy helps you relate with others, build cohesion, and solve problems in collaboration -- not in competition -- with each other.”

Currently, TasselTurn has been accepted into the 4.0 Schoolscommunity, an organization that connects, invests, and coaches entrepreneurs in the ed-tech space. Additionally, TasselTurn is a recipient of the Acting Up Awardfrom The Chicago Community Trust.

Learn more about WiSTEM and the other companies of Cohort 7.