Hunting For a New Apartment? Let Rachel Struna’s AptAmigo be Your Best Friend

Rachel Struna, COO of AptAmigo, shares her thoughts on entrepreneurship, trust, and how your next apartment hunt could be a whole lot easier than your last one. 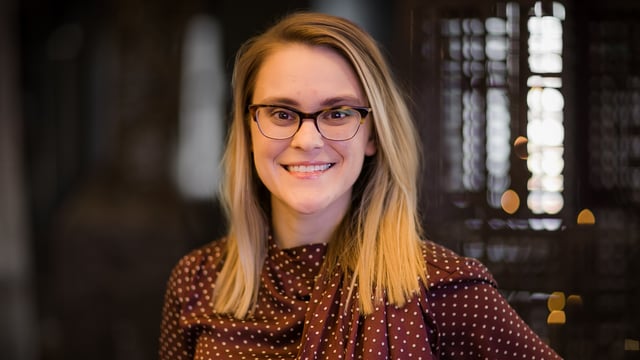 Most entrepreneurs have an ‘aha’ moment when they realized that they were just meant to start companies.

During her senior year in college, Struna launched a wedding planning firm with her cousin -- but her initial interest wasn’t to start a business; rather, she simply wanted to fulfill her passion of becoming a special events and wedding planner. Fast-forward a year or so and Struna found work in Chicago as a full-time wedding planner. She made it three months.

"I thought I would spend the rest of my career going to cake tastings and organizing day-of wedding itineraries, but eventually, I was just coordinating weddings and not trying to grow a business in tandem -- so the challenge was gone and I became bored."

After a brief spell as a corporate event coordinator, Struna was introduced to Dan Willenborg, CEO of AptAmigo. At the time, Struna only knew that AptAmigo was a survey website -- but she quickly realized that the company could offer something different from her last occupation. When Willenborg asked her to help grow the business, Struna made a decision that would change the course of her life.

“It was like a perfect storm. I had the opportunity to just dive into things completely, even though I had to take a huge pay cut -- but that’s also when I realized that I liked building companies.”

It wasn’t easy; Struna paid the rent by working two full-time jobs -- AptAmigo from nine to five and then it was off to her job working at a bar in River North from five in the evening to one or two the next morning. But after a year’s time, Struna’s perseverance began to pay off; AptAmigo was growing and it was growing fast. In short time, the company evolved into a business that could take its customers through the entire apartment-hunting ecosystem.

“We noticed a lot of inefficiency and a lack of transparency in the real estate process, and we realized that there was a need to solve those issues.”

Struna’s not kidding -- there are major issues in the local apartment-finding industry. In fact, she found that only one-in-five listings on most major apartment websites and apps were actually real. If you’ve ever clicked on an active apartment listing -- only to find that it was already rented -- then you should know that your situation wasn’t merely a coincidence.

“Those websites get paid-per-click; they want you to be confused, they want you to click on a lot of listings that are just too good to be true. They make money off of that. On our website, every listing is in real-time -- as soon as a listing gets rented, we take it right off the list which other sites don’t do. Our model is that we get paid per signed lease -- so we don’t want potential tenants to be confused.”

As AptAmigo continued to grow, Struna made the decision to expand her own capabilities after a chance meeting with Moira Hardek, Founder and CEO of Galvanize Labs and WiSTEM alum.

“Moira was a client of mine actually. I picked her brain and the rest is history. It’s funny because I still go to Moira for advice -- she’s phenomenal.”

Like many members, Struna joined WiSTEM after meeting women from the program’s influential and ever-growing community. Since its inception, WiSTEM has built a network of nearly 3,000 women in tech and entrepreneurship. And along with Hardek, whose advice is worth its weight in gold, Struna also has a tip for rising female entrepreneurs.

“It’s all about building trust. Trust is what makes a team work; if you don’t have trust in your teammates then you can’t make it work even if you have everything else. That’s definitely one thing that I’m really proud of with my team at AptAmigo; we have a lot of trust in each other and that’s what makes working here great.”