Most of us will wear a few different hats throughout our lives. At 40, Donald Hyun Kiolbassa, President and Owner of Donald Hyun Kiolbassa, Attorney at Law, has already been there, done that, got the t-shirt, and (quite literally) wrote the book. In this post, Kiolbassa reflects on his entrepreneurial journey and what it truly means to grow as an individual and professional. 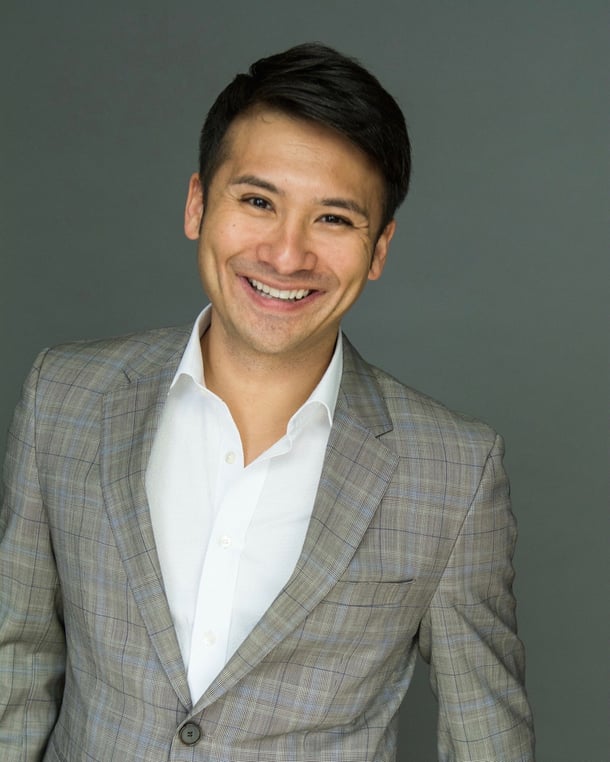 Regarded as mystical and mysterious, the Shaolin Monastery is one of the most famous landmarks in China. Built centuries ago, the temple is a training grounds for the Shaolin monks, often considered the equivalent of real-life Jedi -- experts in combat yet also wise sages. Though few have the opportunity to view the walls within the Shaolin Monastery, Donald Hyun Kiolbassa got more than just a look.

“I was discovered by a famous martial arts movie star named Donnie Yen (who headlined one of the main characters in the blockbuster film Star Wars: Rogue One). He’s a famous celebrity in East Asia, and he helped me start my journey at the Shaolin Monastery. Initially, the monks taught me a lot about martial arts but over time, they taught me a lot of life strategies that I’ve been able to apply to my business.”

Today, Kiolbassa runs his own law firm. Focusing on real-estate, a quick google search reveals five-star reviews and a top-rated attorney -- and though Kiolbassa certainly has plenty of reasons to celebrate these achievements, he’s more proud of his team’s success than his own.

“When I was training as a monk at the Shaolin temple, they taught me a very important phrase, ‘Sho Da.’ It represents a story -- that if you have two handfuls of rice, you can’t pick up a steak unless you give a handful of rice to someone that you’re helping. That’s why I make it a focus to develop talent. So long as you make it a mission to develop talent in your universe, then your universe continues to grow. Every paralegal that works for me knows that their success represents my success.”

Kiolbassa attributes his commitment to talent development as the reason why no one on his team has quit in over 12 years.

“I believe that every business has two sets of customers. You have your clients and then you have your employee, and you have to take care of both. I’m really invested in transparent development, so I map out individual professional development plans and ensure that members of team hit those important benchmarks. I don’t necessarily consider myself an employer -- I consider myself a coach.”

And those benchmarks include Kiolbassa’s own business initiatives. With many legal entities preferring old, traditional processes, Kiolbassa saw an opportunity to innovate in his industry.

“I think technology has and continues to change the landscape of the service industry. For example, I was really able to leverage and take advantage of automation processes and social media marketing before they were mainstream in my industry, and that’s really helped me generate a very large market share in my area of focus.”

If Kiolbassa’s resume as a former CPA, Shaolin monk, and one of the city’s leading attorneys reads like a superhero’s biography then it may not be much of a surprise that Kiolbassa has also starred as Batman and other characters in a number of video games. With his background in martial arts, it wasn’t long until Warner Brothers studios signed him on to become a motion-capture artist behind many of the largest franchise games out there including Mortal Kombat and Injustice -- but just like any hero, Kiolbassa’s has his fair share of obstacles as well.

It’s one of his concepts that he shares in his book, Discover Your Dragon. And yes, on top of everything else, Kiolbassa is also an author; a fitting occupation for someone who has a wealth of life experience.

“I wrote Discover Your Dragon as a blueprint for success by translating martial arts principles to character development. As a product of the Chicago Public School System, I stuck to this blueprint and map, and it’s really helped me get to where I am today.”

And though you’ll have purchase the book for all of Kiolbassa’s insights, he says there’s one important principle that he lives by.

“The Shaolin taught me that the meaning of life is very simple. The meaning of life is to live. Money is simply a tool to help you execute the purpose that drives you. We all have the privilege and honor of sharing this planet together -- be kind to each other and remember that your goal should be to live a purposeful life with other people and not to make money.”