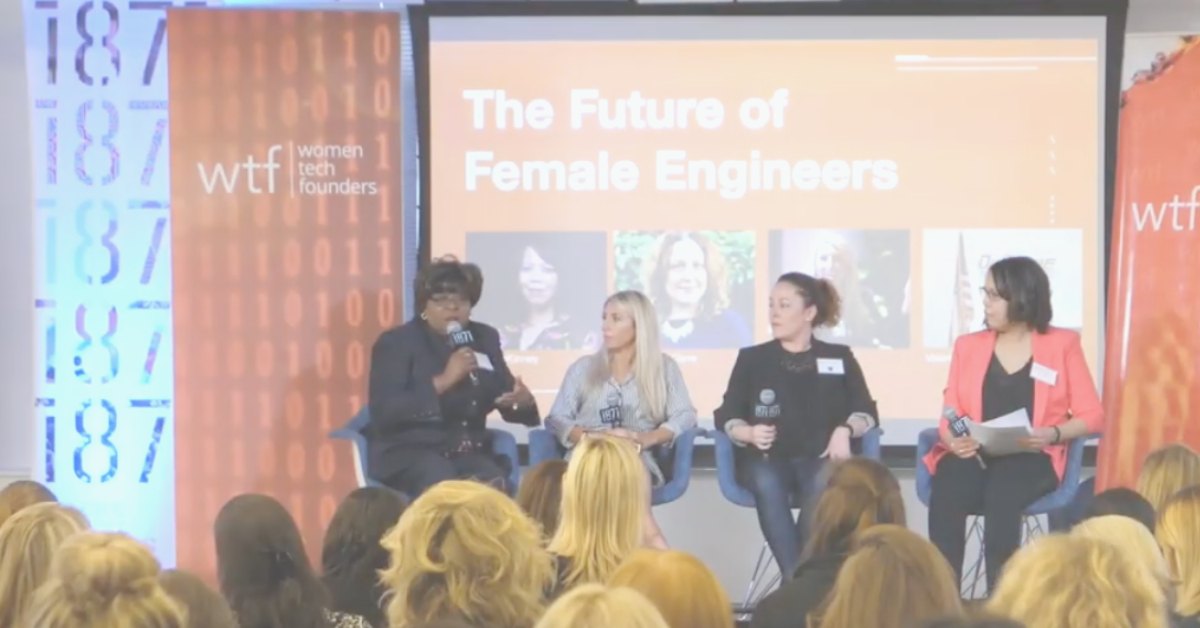 King-Bailey recently spoke with Women Tech Founders to share how she's built a career in tech and why it’s important to constantly seek opportunities to innovate, find one thing to do really well, and never stop learning.

Tip #1: Ask for Opportunities to Innovate

Armed with a degree in civil and environmental engineering from the University of Wisconsin-Madison, Valarie began her career as a management associate at U.S. Steel.

Unsurprisingly, she was the only woman – and the only Black woman – in her cohort of engineers at the steel plant.

For her first assignment Valarie was told to compile a safety report of plant personnel accidents and injuries, while her male peers were handed all the plum assignments.

She knew she could do more, and she also knew that if she just did what she was told, she wouldn’t have an opportunity to prove what she was capable of. Sound familiar to anyone?

When Valarie heard her boss complain about a labor-intensive, calculation-heavy project he’d been assigned, she thought it sounded like the perfect opportunity to innovate. She had a hunch she could use U.S. Steel’s new mainframe computers, which none of the other engineers were using at the time. She convinced him to let her take it over, and he gave her six to eight months to complete the project.

In two months, Valarie created a report about new heating systems by building an entire computer program to run the calculations she would have otherwise needed to do by hand. Her computer-generated analysis saved the company millions of dollars in the reduction of heat loss, and she won an award from the chief engineer for her work.

From then on, Valarie was set up to solve more problems with technology and never settle for a safety report assignment that would keep her on a plateau..

Tip #2: Refuse to be Pigeonholed

Too often, young engineers, particularly young women engineers, get complacent with the projects they’re assigned and miss out on opportunities to dig deeper.

Valarie’s time at U.S. Steel taught her one central lesson early on that she still applies to her career today: volunteer for the projects that no one else wants to do. Those projects will give you an opportunity to try innovative technology solutions and show whoever’s watching what you’re capable of.

If those projects don’t exist, be on the lookout for ways to make them yourself.

She tells young women in tech that she understands how frustrating it is to get pigeonholed upon entering an engineering position out of college. “That was happening to me until I spoke up,” she says.

“Companies are looking for people who can make a difference. I hire people with the same entrepreneurial spirit I had at my first job. Show your bosses that you’re not just a worker, but an innovator.”

Valarie went on to work at Intergraph, a software development company, where she eventually led a team of engineers on all sorts of structural, geotechnical, and transportation design engineering projects.

In her tenure at Intergraph, she was consistently promoted for the same reason she credits her early success at U.S. Steel: her focus on leveraging technology to solve engineering problems and her determination to test her potential by taking on diverse projects.

Tip #3: Find One Thing You Like and Do It Really Well

While it’s important to resist being pigeonholed in your career, it’s equally important to find the one thing you do best and hone that skill. It also happens that this is what distinguishes good companies from great companies, per Valarie.

After serving in several senior positions, including as the Director of Document Management and Quality Systems at Abbott Laboratories and CMO of a company called QUMAS, Valarie set off to launch her own business. That business is where she serves as CEO today: OnShore Technology Group.

Over the course of her career, Valarie has become something of a jack of all trades. She has far-ranging experience and interests across engineering, systems validation, quality management, marketing, and technology. It’s only natural that she founded OnShore as a multifaceted tech consultancy.

A few years into running her business, Valarie read Good to Great: Why Some Companies Make the Leap...and Others Don't by Jim Collins.

The book makes the case that great companies are those that do one thing exceptionally well, while good companies try to do many things, none of which well. Collins calls this “the hedgehog concept,” and advocates that to be successful in a career, people should find work that…

Valarie realized that OnShore hadn’t yet found its niche. What was the intersection of Collins’ three tenets in her own career? She was passionate about validation, she knew her stuff when it came to validation, and OnShore had large margins in validation.

Computer systems validation was the answer, so she turned OnShore into a specialty shop.

“That was one of the best decisions of my life,” says Valarie.. “Our revenue began to hockey stick, and we grew exponentially. To this day, validation is still the thing we do best.”

Tip #4: Join Support Networks that Encourage You to Keep Learning

Valarie is a lifelong learner. She’s always reading the latest industry news and management insights, because she saw firsthand how books can have a positive impact in decision making.

Her advice to young tech entrepreneurs is to, “Keep abreast of your profession. Read everything and continue to sharpen your technical skills.”

One great way to do that, she says, is to find networks of like-minded professionals who can offer insights from their own experiences.

Valarie’s found a number of such networks that have helped her in her career and allowed her to help others, from the Women’s Business Development Center to 1871 to Women Tech Founders (WTF). Through speaking engagements with WTF, Valarie hopes to share her story to inspire other women tech entrepreneurs to launch their own business ventures.

Valarie’s involvement in each group feeds her pursuit of new ideas and innovations to explore. “Mutual exchange of knowledge, especially from women leaders in the tech industry, is critical to my own lifelong learning.”

This blog is one in a series of member spotlights for Women Tech Founders (WTF), a Chicago-based grassroots organization that provides women in technology with the resources and support network they need to thrive, innovate, and ultimately change the world. Valarie King-Bailey will speak at the organization’s WTF Wednesday virtual event on July 22, 2020.