Calling All Men: Step Up And Have Her Back

Tomer Yogev, Chief Synergist and Innovator Coach at TandemSpring, shares a look at the well-known gender gap in the startup community and offers some advice on what men can do to show their support. Read more to learn more about DyMynd Angels' new Got Her Back campaign and hear Yogev's thoughts on how men can help improve gender parity in the business and entrepreneurial community. 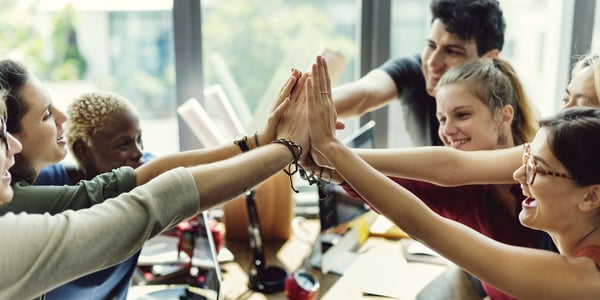 Just How Bad Is It?

Rather than slam you with fact after fact about the gender gap, let me ask you a question: just how big of a gender gap would there have to be before you felt compelled to do something about it? In other words, if you learned that women raise only 50 percent of the venture capital that men do, would that inspire you to act? What if it was 25 percent? 10 percent?

Well, the disturbing answer is that women raise a mere 2.9 percent of the venture capital that men do.

Or, put another way, for every dollar that is invested in a female entrepreneur, more than 34 dollars are invested into their male counterparts. This is simply unacceptable.

DyMynd Angels has been leading the call for more women entrepreneurs and women funders to enter the space. Now, it’s time for men to respond to the call. That’s why we’ve launched the Got Her Back campaign, where we’re asking men to show their support for women in the entrepreneurial space -- which serves to benefit the entire business community.

We really couldn’t have made it any much easier. It starts by simply clicking here -- and then choosing any one of the options listed below:

Why Should Men Care?

As a male and a Co-founder of DyMynd, I’m leading the charge to bring men onboard to help close this gap. The question I often get is ‘why are you doing this?’ To this I have a three-part answer:

First and foremost, I find it deeply troubling that, in a city with so many amazing women -- many of whom I’m fortunate enough to call friends -- that a gap like this continues to exist. In short, my friends are not being given a real chance in the entrepreneurial world that I know and love simply because they are women. That sucks. Moreover, none of this is news, and we as an ecosystem have been moving way too slowly to bring about real gender parity -- and  that’s reflected in the number of females employed in the venture capital community or the number of female-led companies they invest in.

Second, we know that like begets like. For women to become successful as entrepreneurs, angels, or VCs, there needs to be more women in those roles for them to look up to, do business with, be mentored by, and model themselves against. Again, the current structures have done a woeful job of addressing this.

Third, because of the above two points, the reality is that women-led startups are forced to be that much scrappier and innovative just to get to the same levels of success. Consequently, there is a strong argument to be made that investing in women provides superior returns and that the movement to address gender-based bias on a macro level will serve as a rising tide to further lift women entrepreneurs.

So, please join me. Click here and sign your name and/or contribute to the DyMynd Angels movement. Everyone is welcome because this isn’t just about finding a way to bring women to the table, it’s about building a brand-new table, built on the foundation of inclusion and inviting everyone to the conversation.

The opinions expressed here by 1871 guest writers are their own, not those of 1871. To learn more about Tomer Yogev or DyMynd Angels follow this link.