Debt, family, work, stress, and service. These are just a few of the many reasons why college students will suspend their studies. Fortunately, Art Caines, a former near-completer himself and the CEO of Max-Grad, is helping this demographic take the final step in their higher education journey. 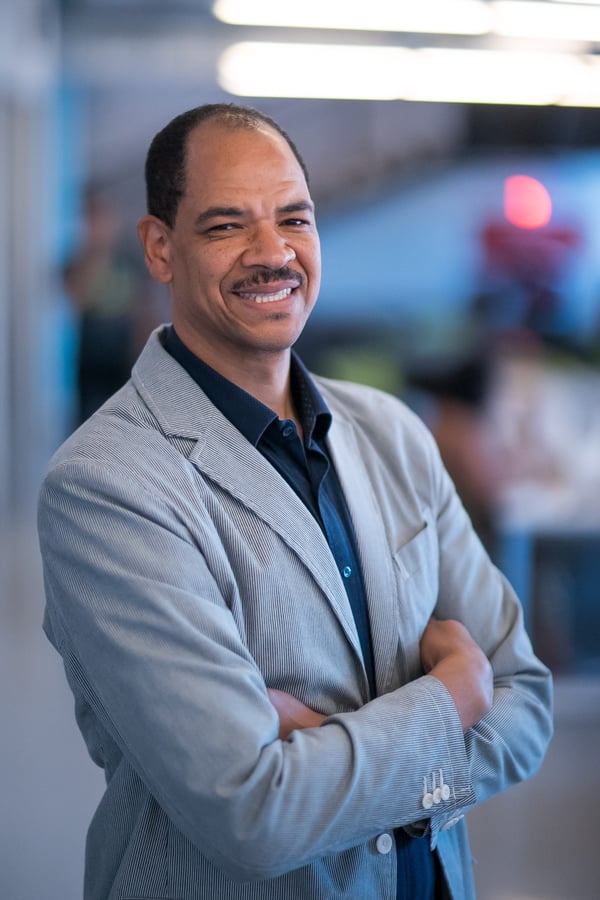 Much like a marathon, graduating college takes time, focus, and determination. But when you throw in factors like debt, work and family commitments, that finish line seems to move further and further away. It’s an issue that forces many students to become ‘near-completers’ -- potential graduates who have to postpone their studies to focus on other needs and have significant college credit, but no degree. More often than not, near-completers are ignored by college recruiters and have a hard time re-enrolling.

In fact, studies show that less than half of all college students obtain a degree at the first institution they attend. But even though numerous students who’ve put their collegiate journey on hold plan on returning to the classroom,  they’re often caught off guard by the intense re-enrollment process.

It’s a scenario that Art Caines is all too familiar with.

“I stopped going to a school after achieving 52 credits because I needed to work in order to pay my expenses. After I stopped going, they never contacted me even though I didn’t leave with bad academic standing. I didn’t even owe any money. From there, I went on to five schools that I also never graduated from, going into these institutions, taking credit hours, and never hearing a word from them asking me to return.”

After 10 years of school, Caines earned his degree and also learned a valuable lesson about the higher education industry -- no one was paying attention to the near-completers. It was a lesson that followed him when he launched Lexicon Networks, a cutting edge global information technology solutions provider.

“One day, a client came into Lexicon saying that they were a university recruiter and that they were having trouble bringing in new students. They also said that they had a number of students who were leaving right before graduation and that they didn’t know if these same students intended on returning. It was all very familiar to me and that’s when I realized that many universities were just going down the traditional path of looking at high school students and no one else.”

It’s an issue that’s hurt near-completers but Caines believes that universities also hurt themselves when they ignore students who’ve put higher education on hold -- and it’s hard to disagree with him when universities around the nation continue to close at alarming rates. According to Caines, universities need to support near-completers not just because it’s the right thing to do, but also because of its financial benefits. Bringing back near-completers will help universities meet completion, enrollment and retention rates that are directly tied to government funding.

“Colleges are closing their doors simply because they don’t know how to speak to near-completers, especially since there are approximately 37 million students out there in the marketplace that are near-completers. Compare that to high schools, which is not only more competitive for recruiters but has fewer numbers -- about 3.5 million high school students graduate every year.”

Thankfully, Caines knows how to speak to near-completers. After spending nearly a decade as a near-completer himself, Caines is all too familiar with the pain points. Drawing on his personal experience as a student and his professional experience as an entrepreneur, Caines launched Max-Grad, a platform that helps facilitate engagement, conversation, and ultimately re-enrollment between college students and universities.

“Max-Grad works by connecting near-completers with universities. Using Max-Grad, the university can engage with the student and move towards re-enrolling them through some level of forgiveness. That could be grade forgiveness if the student dropped out because of poor grades or financial forgiveness, in the event that the student left college because they couldn’t afford it anymore. Essentially, we’re helping both parties work out the differences so potential students can get back to school and finish their degrees.”

“We provide all of the data that universities need to engage with a potential student, whether that’s data on their grades, college credits, or debt. We want to ensure that each school has enough information to craft a targeted message because near-completers all have different reasons for why they put their education on hold.”

To build out his company, Caines came to 1871 through the Illinois Hispanic Chamber of Commerce’s Program for Growth. Eventually, he’d graduate from the third cohort of the Latinx incubator -- 1871 and IHCC’s joint incubator for Latinx entrepreneurs. He cites the 12-week program as a source for his company’s growth.

“The program has connected me with a phenomenal group of entrepreneurs, and I think that’s one of the things that’s been so important for Max-Grad. As a founder, you need a network and you need support -- you can’t go it alone. If you’re ever stuck, that’s when you need to use your network and the resources available to you. That’s really helped me when it comes to building a company.”

And as an entrepreneur who’s built a number of companies, Caines is well aware of the sweat and toil that comes with starting one’s own business. In fact, he says it’s a bit like college.

“A lot of folks start college thinking they are going to do one specific thing, but circumstances change and they end up doing something completely different. That’s like entrepreneurship -- it’s not a destination, it’s a journey. You start out with one goal and you might have to pivot, but as long as you’re able to receive and assimilate advice, keep an open-mind, and put one foot in front of the other, you’ll have a good experience and a rich journey.”