Jonathan Pritchard, Founder of Like A Mind Reader, which help individuals and companies connect with their people through live speaking events, training, and entertainment opportunities, highlights the difference between positive and negative influence in the workplace. 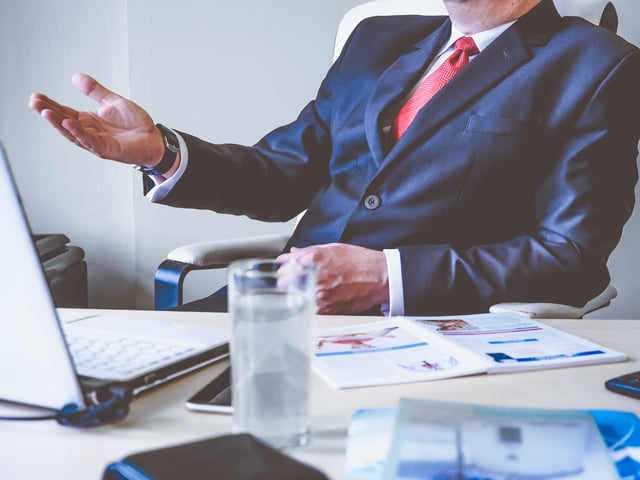 Whether you want to up your game in negotiations, presentations, or sales, influence can make or break your success. Imagine talking with an investor. How much influence do you want to have? As much as possible, right?!

Unfortunately, influence is a taboo subject. People think it's flat out unethical.

But, just like any other taboo, it’s very popular. Out of all the soft skills trainings I do, influence is by far the most commonly requested session.

We all want Jedi mind powers. We want to wave our hand and make people do our bidding. Instead, we’re stuck using our words in a clunky attempt to get someone to agree with us. Part of the problem with influence stems from how poorly most people understand it in the first place.

Let’s clear up a lot of the confusion by pinning down some of the terms people seem to use interchangeably with influence when they mean something else.

There are two questions you want to ask:

Let's look at the first question.

There are really two possible answers:

In the first case, you don't care about the other person; you just want what you want regardless of the impact of the other people involved.

In the second, everyone affected is left better than they were before. This is the mythical land of win-win negotiation.

There are two things you're trying to change:

In the first case, you're not concerned with what they think -- you only care about what they do.

In the second, you're trying to change the way they think about the world, so their future actions will be in alignment with your point of view.

Put It All Together

When we combine the answers to these two questions, we get a 4 quadrant map that outlines the good and the bad options that are available to you. Here they are.

You'll do anything possible to get someone to do something that you want done. This can be achieved through verbal, physical, or emotional intimidation and not a viable option for ethical business.

You're lying, withholding information that might change the way they think about you. You're depriving them of the information they need to make a fully informed decision.

Now For The Positives

Say you're trying to get everyone to go to your favorite restaurant. You don't care if they think it's the best restaurant ever, you just know everyone will find something they like, and you'll all be happy. You're trying to influence their decision of where to go.

This is the most difficult approach. You're trying to convince someone a particular idea, belief, or strategy is the best. You're trying to change the way they feel about the world. This is ethically done when it's to the benefit of everyone involved in the conversation.

If you'd like a simpler way to think about everything, just make sure there's no intent to do harm, and you're not getting in the way of someone's free choice. If you're good on both those counts, you're most likely in the clear.

Shamans, magicians, and mentalists have been working on their powers of influence and persuasion since before recorded history. If you'd like to get better at influence in your business, please get in touch.

I want to help you use your powers for good.

The opinions expressed here by 1871 guest writers are their own, not those of 1871. To learn more about Jonathan Pritchard or Like A Mind Reader, follow this link.