SexTech: Why You Should Pay Attention

Darren Mckeeman, Co-Founder of KinkBnB, a subscription based rental marketplace for adult play-spaces, shares his thoughts on the barriers and opportunities in the SexTech industry. KinkBnB is an 1871 member company. 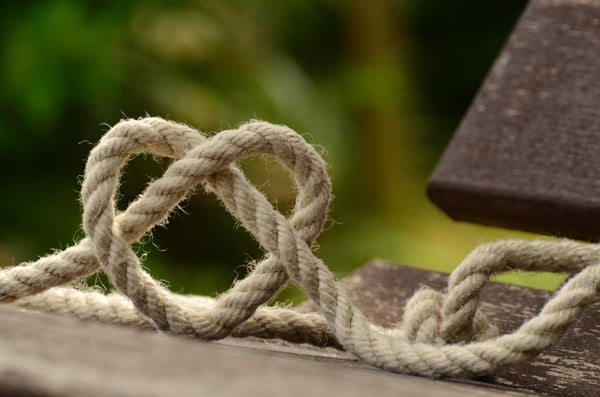 One of the least supported trends by American VCs right now is SexTech -- startups that deal with human sexuality and sex education. Against logic, there are a lot of SexTech startups right now -- despite the climate of hostility in the US that is mostly represented by recent passage of SESTA/FOSTA (the Stop Enabling Sex Traffickers Act and the Fight Online Sex Trafficking Act). Why is this?

It’s because you don’t need deep pockets to make money if you have the right idea. And SexTech definitely makes money.

I can only point to my own experiences. About three years ago, I started KinkBNB. Of course it’s piggybacking on the huge amount of marketing dollars spent by AirBNB to build their brand -- but AirBNB’s shortsightedness led to my startup taking off.

Whatever the motivation, this made me think “gee, there ought to be a version of AirBNB where people can show their sex toys or play spaces.” A few minutes later, I discovered that the web address kinkbnb.com was expiring in a week. I snapped it up with the best $12 I’ve spent in years (we’ve never taken outside money).

A few days later, I’d loaded an AirBNB PHP clone onto a server that a friend who runs IT for YCombinator let me spin up with his company for cheap. Did I mention that I was barely surviving at this time? San Francisco is very brutal to people as old as me -- no startup there will hire older people (because they have to pay them what they are worth). I adapted by moving onto a sailboat at Pier 39 (cheapest rent in SF, and yet another story) and going on food stamps. I sent the URL to Eve and asked her to put her space on it as a test. What I did not tell Eve to do is tell all her friends - and I discovered she’d done this when over 100 people signed up to the site I'd thrown together just one hour after I emailed her. This was my first clue that I had a tiger by the tail.

While I was waiting in line at the food stamp office, the Huffington Post called me and asked if I had time for an interview. I don’t know if you’ve ever gotten food stamps, but while you’re in line you have nothing BUT time. That was how I gave my first interview, and this article started the tsunami.

Our story was picked up by Associated Press, and before I knew it, we were on the crest of a huge wave of traffic. My biggest fear was that our single server would not be able to handle the traffic -- but it did. We were featured around the world and I was interviewed by Playboy, Marie Claire, Cosmopolitan, and many more. At the height of our first wave of publicity, we were featured on the bonus round on Comedy Central’s show @Midnight with Chris Hardwick. As it turns out, sex attracts marketing eyeballs.

And it’s still got legs, which still surprises me. Three years have passed, and we have over 500 listings in 50 different countries, with over 40,000 users signed up to the system. We’ve learned a lot in the quest for monetization -- the AirBNB model does not work at small scale, so we fell back on a membership system. In hindsight, I wish I’d done that to begin with while we had our initial traffic --  six months after we instituted memberships we started turning a profit. We were just featured on the VICELAND channel in a 20-minute segment. You can’t buy that kind of publicity. It’s one of the many features I love about SexTech startups.

I’ve never been one to shy away from controversy and run-ins with the legal system. I will continue to do so, because I believe it’s more important than ever. My company supports decriminalizing sex work as a cause, and the irony of me writing this in a jurisdiction where Tom Dart has power is not lost on me.

More important to me than telling my story is to bring to your attention the recent SESTA/FOSTA legislation. While being framed as an attack on sex trafficking (which is a problem!), it does little to nothing to alleviate that issue. Instead, it’s so vaguely written that it could be applied to ANY website -- AirBNB, Facebook, etc. If you think it doesn’t matter, think about how Craigslist just shut off their personal ad section. This law could be used to shut down apps like Tinder, Grindr, OKCupid, and more. I’m investigating ways in how I can move my servers out of the country as a result. While we can’t speculate on the agendas of the groups behind SESTA/FOSTA, we can study those same groups’ past advocacy work. Given that history, one could be forgiven for thinking that some of these groups see SESTA/FOSTA as a mere stepping stone to banning pornography from the Internet or blurring the legal distinctions between sex work and trafficking.

I hope sharing my story has inspired a few of you. To be honest, I feel a bit lonely in this space -- SexTech as a niche is not very populated right now, but that’s changing as VCs and accelerators like YCombinator are expressing more interest in SexTech companies. SexTech is not a niche for everyone -- but much like the budding cannabis space, if you are bold and want to make money there’s gold there. I’ll leave you with this nugget -- the market for SexTech is projected to be $52 billion by 2022. If that doesn’t get your attention, nothing will.

The opinions expressed here by 1871 guest writers are their own, not those of 1871. To learn more about Darren Mckeeman or KinkBnB, follow this link.