PRESS RELEASE: The CEC and 1871 Elects Larry Eppley As Chairman of The Board of Directors

The CEC and 1871 is pleased to announce that Larry Eppley, CEC Board Member and Sheppard Mullin Chicago Office Managing Partner, will begin his term as Chairman of The Board of Directors on July 1st. He will succeed Jim O’Connor Jr., who has served as Chairman since January of 2003, and is currently global head of Venture Capital at William Blair. 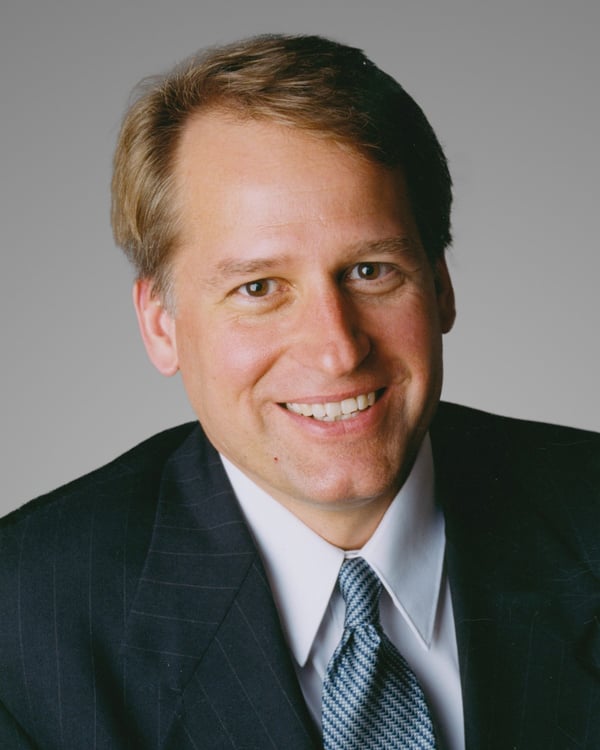 CHICAGO (June 20, 2019) -- The Chicagoland Entrepreneurial Center (CEC) and 1871 announced Thursday that board member Larry Eppley has been elected Chairman of the Board of Directors, effective July 1. Eppley is the Managing Partner of Sheppard, Mullin, Richter & Hampton LLP’s Chicago office, a global law firm, where he also leads the firm’s Hospitality Team.

“I’m honored to serve as Chairman,” said Larry Eppley, Incoming CEC Board Chairman. “Having been part of this organization since its pre-1871 days and watching startup after startup grow and flourish under 1871’s support and guidance, I am excited for this next chapter. I look forward to leading the Board and working closely with senior leadership to continue our mission of supporting entrepreneurs on their path to building high-growth, sustainable businesses, creating jobs, and fostering Chicago’s tech ecosystem. Jim’s hard work and legacy has really paved the way for our future.”

“One sign of the success of 1871 is that many people in Chicago already see it as an institution,” said Jim O’Connor Jr., Outgoing CEC Board Chairman. “But for Larry and many of us, getting 1871 to where it is today has been a journey. The entrepreneurship community in Chicago is something we can all be proud of, and Larry’s appointment signals that there’s another phase of work ready to be launched. It will require a leader who knows our history, and the vision to see what’s possible in this new era of momentum and support for building an inclusive tech community in our great city.”

Eppley has more than three decades’ experience helping entrepreneurs and emerging growth companies through his law practice at Sheppard Mullin and his various board positions. Prior to being tapped to open, lead, and grow the Sheppard Mullin Chicago office, Eppley served as General Counsel at Potbelly Sandwich Shop, helping the company through its earliest growth stages. Eppley is the former Chairman of the University of Illinois Board of Trustees, where he played a crucial role in spearheading the creation of IllinoisVENTURES LLC, a seed and early-stage technology firm that was designed to assist, start and build businesses based on the innovations and ideas from local research institutions. Since its inception, companies assisted by IllinoisVENTURES have raised more than $1 billion in funding.

“I am delighted to welcome Larry Eppley as Board Chairman during this period of exciting growth for both 1871 and the Chicago tech community,” said 1871 CEO Betsy Ziegler. “It’s been a privilege and honor to work with Jim O’Connor, Jr., and I am certain that Larry will carry on Jim’s tradition of remarkable leadership. As a leader at one of the world’s most prestigious law firms and his extensive background representing entrepreneurs and organizations in all phases of growth, Larry brings extensive boardroom experience and extraordinary vision to our organization. His history on the board promises a seamless transition. I look forward to working with him in his new role as we continue to inspire, equip, and support founders to build great businesses.”

Founded in 1999, the CEC is a non-profit organization that supports entrepreneurs on their path to building high-growth, sustainable businesses that serve as platforms for economic development and civic leadership. Its flagship project, 1871, fulfills CEC’s vision of a central address for entrepreneurs in Chicago. The CEC runs and operates the workspace, develops programming, organizes events, and ensures that the culture of 1871 allows entrepreneurs the greatest opportunity for success

1871 is a not-for-profit organization that exists to inspire, equip, and support founders to build great businesses. It is the #1 ranked university-affiliated business incubator in the world, and the home of ~500 high-growth technology startups and ~1,500 members supported by an entire ecosystem focused on accelerating their growth and creating jobs in the Chicagoland area. Located in a 140,000 square-foot space in The Merchandise Mart, 1871 has 350 current mentors available to its members, as well as more than 100 partner corporations, universities, education programs, accelerators, venture funds and other organizations that make its extensive matrix of resources possible. Visit www.1871.com for more information.