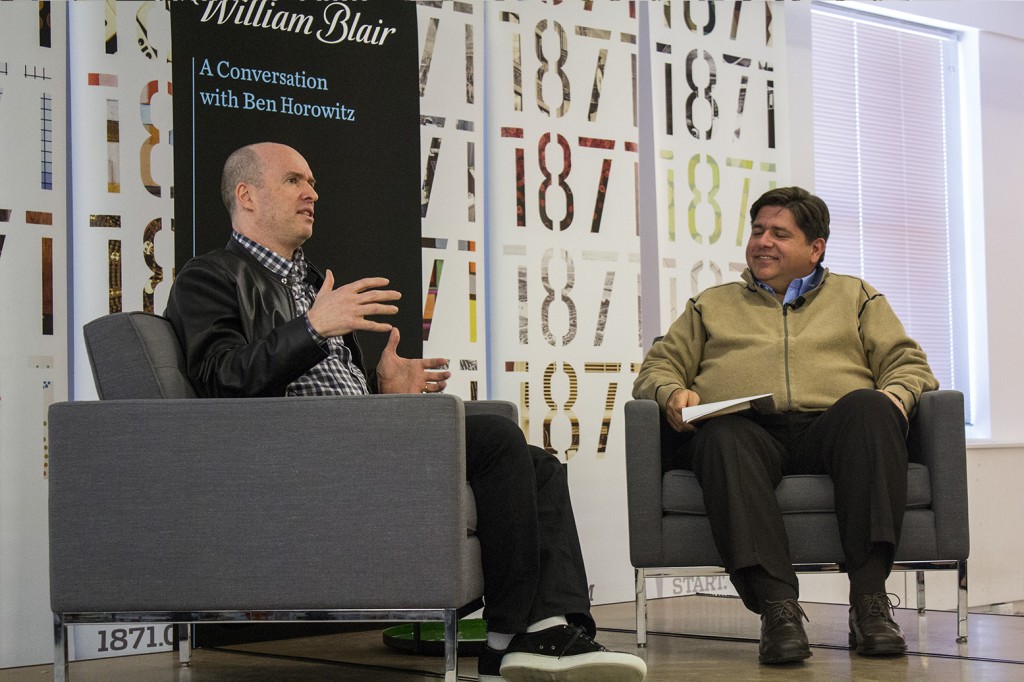 Ben Horowitz is a different kind of rock star. His groupies may be entrepreneurs and aspiring venture capitalists, but he is no less of a powerhouse than the hip-hop phenoms he so often quotes. The 47-year-old venture capitalist sold his software company, Opsware, to Hewlett-Packard in 2007 for $1.6 billion and has not stopped fostering growth in the tech world since. As a co-founder and general partner at Silicon Valley’s Andreessen Horowitz, Horowitz is an investor in a number of successful startups including Facebook and acts on the board of directors for well-known tech companies Skype, Jawbone, Foursquare, and Nicira. 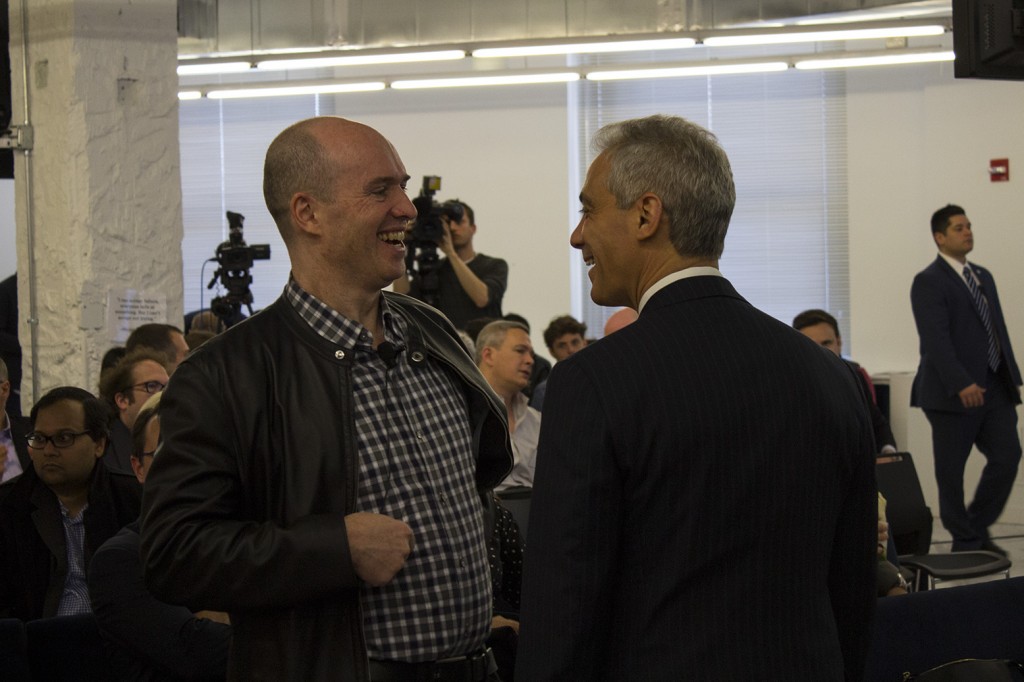 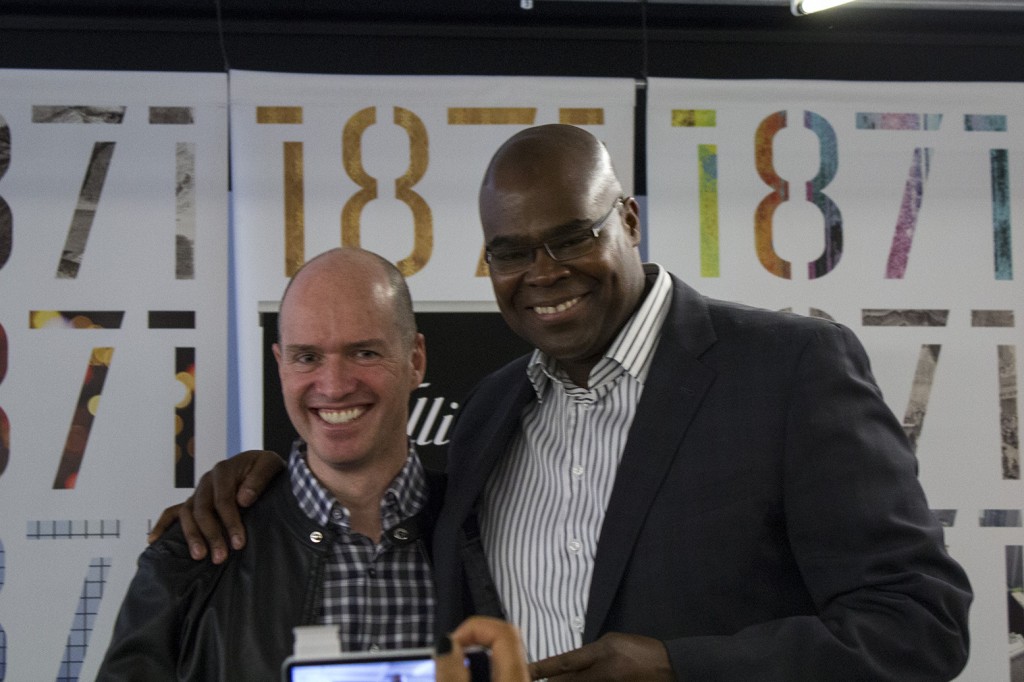 To those listening at 1871 it was apparent that Horowitz works diligently to improve the state of the world and encourages others in the technology industry to do the same. During his conversation with Pritzker, Horowitz noted, “Technology, from an etymological standpoint, means ‘a better way of doing things.’” Throughout the Q&A, Horowitz discussed his path to finding a better way to create technology, sell his product, and lead his company. Though that better way was not free of struggle, Horowitz took note of the lessons he learned along the way and recounted them in his new book. 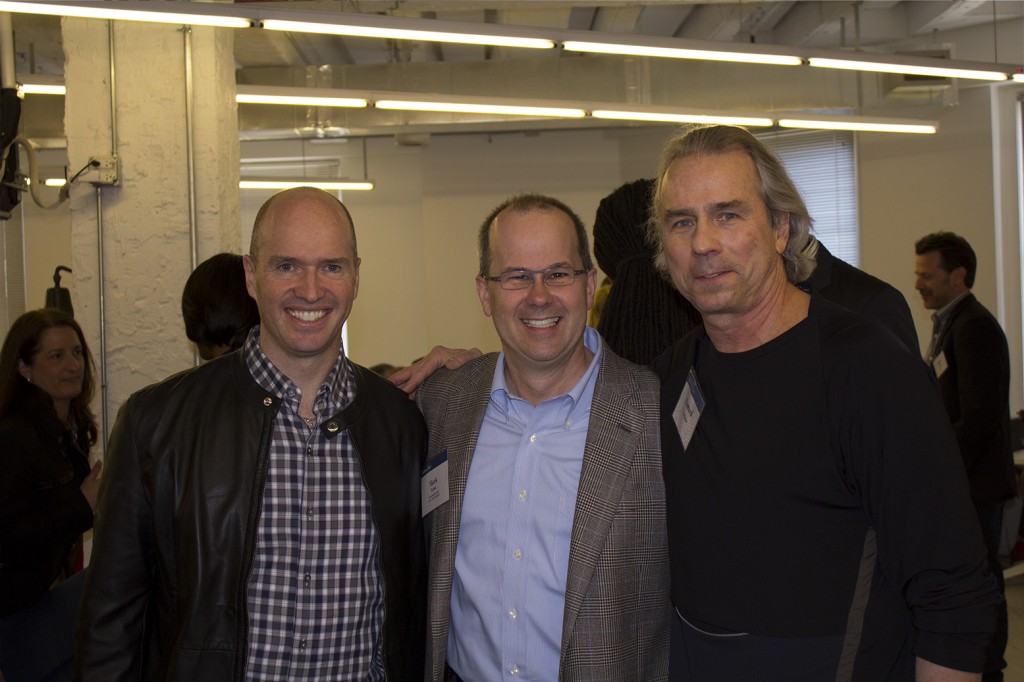 The Hard Thing About Hard Things, which begins with a lyric from Kanye West’s “Gorgeous,” chronicles Horowitz’s trials in Silicon Valley and offers a humorous and honest take on what it means to be a CEO. When asked what the impetus was for writing the book, Horowitz quipped, “It comes from my experience as a CEO, and as a CEO, I slept like a baby. I woke up every two hours and cried.” Hoping to ease this burden for future entrepreneurial CEO’s, Horowitz offers valuable advice for those looking to succeed in the increasingly fast-paced technology environment and elsewhere. The audience members each received a copy of the book and were encouraged to use Horowitz’s lessons in their own professional lives. With any luck,  these entrepreneurs and business leaders will start to find the hard things a little less hard.