How Can The Blockchain Revolution Help You?

Tiana Laurence, investor, founder, and author of Blockchain For Dummies, explains how blockchain technology can improve workflow and processes for entrepreneurs in a multitude of different industries and markets. 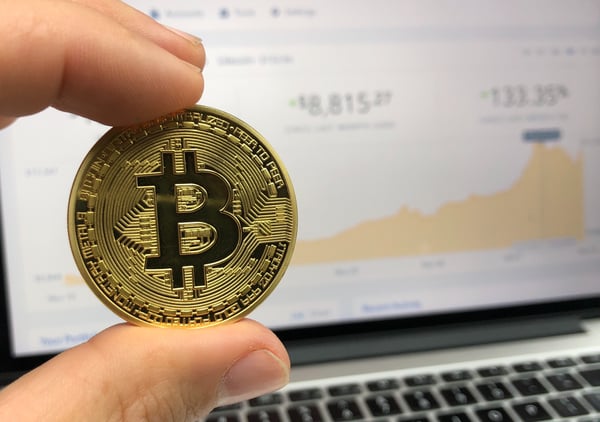 How much has the blockchain infiltrated mainstream technology discussion? Doing a Google News search of the term “blockchain” delivers more than 8 million results -- and if you switch over to a standard Google search, that number explodes up to 70 million. In recent years, the term has become ubiquitous with the future of tech, and that has made many businesses consider just how they might be able to integrate the blockchain into their own workflows -- or if it’s even applicable.

It’s something that may be hard to grasp given that the nuts and bolts of the blockchain still aren’t widely understood. Though the blockchain has been around since  2009, 2017 really saw the proliferation of startups seizing the technology, with uses spanning new industries in a rapid adoption fueled by some 5 billion dollars of capital invested and growing. Hardware security and identity, global supply chain management, cross-border payment, clearing and settling, capital raising, recordkeeping, and other collaboration with unknown entities; those are just a few industries that have turned to the blockchain.

But what about you? Can your organization benefit from the blockchain? It’s easy to look at the most popular existing blockchain applications -- finance, cryptocurrency, etc. -- and feel the answer is an automatic “no” if your business lies outside of those industries. But the modern world is driven by data, and data comes in all kinds of forms outside of payment transactions. Proprietary data, customer data, device data, internal records, and many more bits and bytes of information are flowing across every company’s internal and external networks. As long as you’re using digital data to power any of your business’ records, the answer is ‘yes’ -- but only in very specific ways. Let’s take a closer look.

Without getting too deep into the technical details, the blockchain is a database that offers the following benefits:

The blockchain lives on a number of public network nodes rather than a central server, ensuring protection from a single point of failure.

The blockchain lives on a number of public network nodes rather than a central server, ensuring protection from a single point of failure.

Due to the decentralized nature of the blockchain, any attempts at changing records is easily detected and rectified.

One-way encryption ensures data safety despite the public nature of the network.

With this in mind, the next step is examining the different workflows in your business to see where a blockchain may be applicable. In general, the easiest way to do this is to identify any areas where a proverbial middleman exists in a data exchange. This data exchange may take place either internally or externally -- but through the use of a third party -- acts as yeoman that brings data back and forth, often for the purposes of security. Here are some common examples:

Different departments often use different applications to retain records, and the middleman is literally a person manually consolidating two different spreadsheets. In this case, the blockchain can act as a single and transparent source that eliminates the need to crunch data, and instead expedites availability for review regardless of department or group.

In an increasingly connected world, data on a mobile device often interfaces with reader devices to exchange many different types of data: records, phone numbers, payments, etc. The blockchain can power the database behind the reader device so that a third-party exchange platform is no longer necessary.

From a simple customer interaction perspective, the blockchain can be quite powerful. Currently, all types of third-party vendors drive data between end-users and the companies. The blockchain can replace this entire workflow while ensuring transparency and security.

Government, insurance, and medical records are areas primed and ready for blockchain conversion. These types of records need to be secure and permanent across the duration of a person’s life, and the blockchain is poised to become the single source that revolutionizes these industries.

The theory behind the blockchain makes it fairly impenetrable when everything is running as it should. However, the technology is still relatively new, and that means it may lack stability in certain situations, particularly when extreme scalability is concerned. Thus, for many businesses, the smartest approach may be to avoid directly integrating it with on-staff IT personnel, and instead consult a third party that specializes in adapting the blockchain platform for various commercial and enterprise usages. By identifying the workflow areas potentially powered by the blockchain and working with experts that can identify your scale and network needs, you will be building the long-term foundation to make your business more efficient, secure, and future-proof.

The opinions expressed here by 1871 guest writers are their own, not those of 1871. To read Tiana's book on blockchain, follow this link.