Founder's Five: Checking In on Crazy Ideas and the Startup Rollercoaster with Dennis Crowley of Foursquare

Dennis Crowley’s company was built on the concept of “check-ins,” and the Foursquare founder absolutely had chances to check out during his entrepreneurial journey. But after selling his first location-based company -- Dodgeball -- to Google and watching it fold, Crowley set a vision for his business and stuck to it. For anyone who is struggling to stick it out, Crowley’s keynote on August 1 and subsequent Q&A with Kevin Willer of Chicago Ventures packed some serious wisdom. 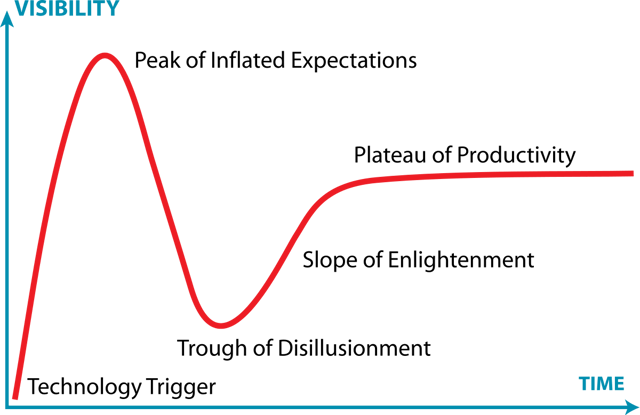 "It kind of looks like bullshit until you live through it, then you’re like, this is my life” —Crowley on the Hype Cycle

“Holy shit, this actually works!”—Crowley on successfully reaching the “Slope of Enlightenment” on the Gartner Hype Scale, a milestone when he said the company was finally reaching its vision.

“If you want the future to exist today, go build it.” —Crowley on the release of Pilgrim SDK

“The ideas that people think are crazy or stupid or impossible are probably your best ones. A founder should only give up when they have convinced themselves the dream is unattainable, not when someone else says it is.” —Crowley

The personal life of a successful entrepreneur isn’t always easy, and Crowley has found ways of navigating it. For one, he stepped down as CEO to take chairmanship of the board of Foursquare, in order to avoid the day-to-day stress and focus more on his family. For entrepreneurs who happen to be married to another entrepreneur (Crowley's wife is Chelsa Crowley, Co-Founder of Stowaway Cosmetics), set boundries. The couple’s golden rule? Don’t give the other advice unless it’s asked for.

This recap of the conversation with Dennis Crowley is one in a series of insights from founders at 1871. Get a peek at who is speaking at 1871 next, and be sure to check out our previous Founders’ Five roundup with TastyTrade founder Tom Sosnoff.