For a founder referred to as the “Rockstar of Finance,” Tom Sosnoff looks the part. Donning a “Tastytrade” branded Kangol hat and button down and a faded pair of jeans, the legendary Chicago serial entrepreneur took the stage Tuesday, July 19 at 1871 to sit down for one of 1871’s longest running events, Chicago Founders’ Stories hosted by 1871 Board Member Pat Ryan, Jr.

Entrepreneurs take note: Sosnoff’s advice is probably something you want to at least entertain, considering the sale of his company ThinkorSwim netted more than a half-billion dollars in 2009 and his financial digital media network Tastytrade has some of the most-watched stock trading programming on the Internet.

The full interview will soon be available on the Chicago Founders’ Stories site, but in the meantime, here are the Cliff’s Notes.

In her introduction to Founders’ Stories, tastrytrade co-CEO and President Kristi Ross debuted a slightly smaller figure in the world of Chicago tech: A bobblehead version of Tom Sosnoff, inspired by the recent reveal of the Howard Tullman bobblehead at the Illinois Tech Tech X event. 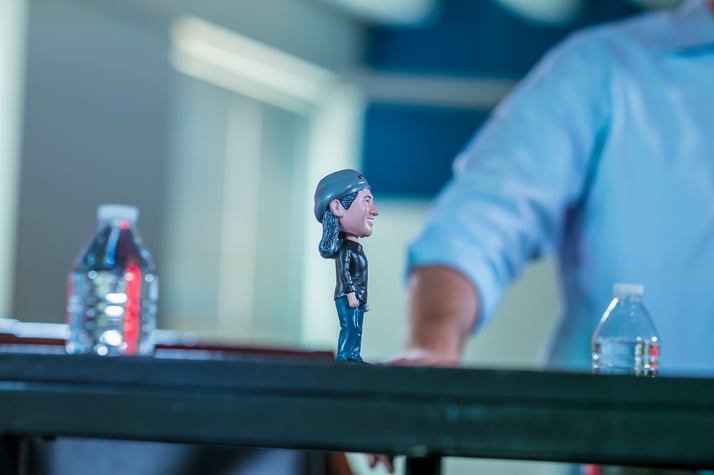 Interested in more 1871 events? Check out our Upcoming Events Calendar.