Entrepreneurship Beyond the Loop

We’re invested in Chicago, beyond the walls of 1871. It’s in our community’s best interest and our own to keep seeking out ways to support and enable innovation from the outskirts to the epicenter and back, so that our impact is decentralized and, therefore, more inclusive to Chicagoland as a whole.

Recently, we had the opportunity to sit down with 1871 members Keith Gordon, CEO & Founder of We Love Code and with Rachel Gadson, Managing Director of the Bronzeville Incubator. Both these leaders have deep ties to the South and West Side of Chicago, and have dedicated large chunks of their careers to elevating the cause of community reinvigoration. 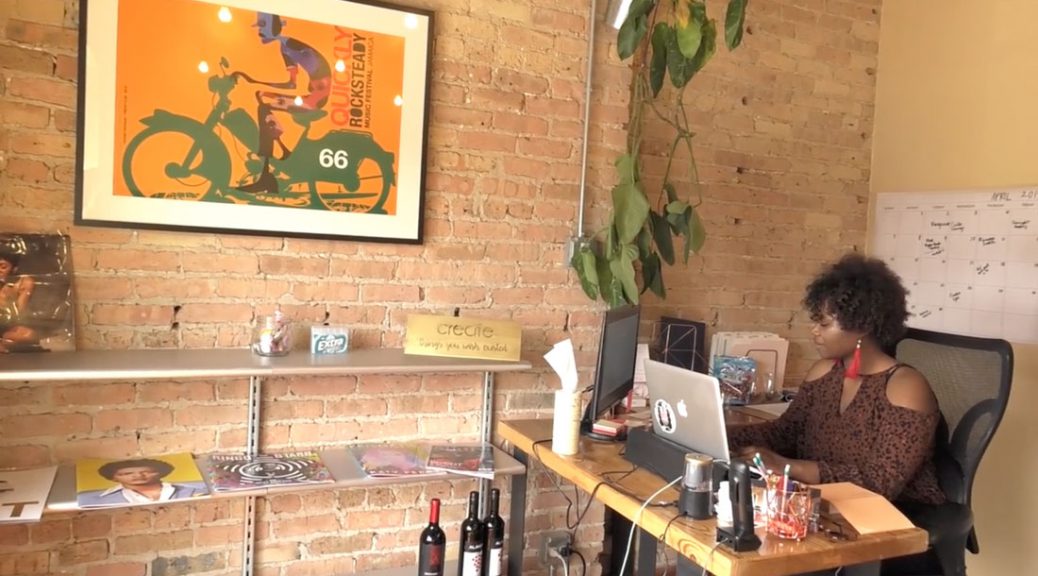 Rachel and 1871 started working together in the summer of 2019 as part of 1871's effort to partner with and offer support and resources to similar organizations in parts of the city that 1871's umbrella does not adequately extend to. She was invited to be a part of 1871's new PYROS accelerator as she worked on ideas for her own business, ILA Creative Studio, and on enhancing the Bronzeville Incubator's programming.

The Bronzeville Incubator is a part of South Side neighborhood Bronzeville's thriving revitalization program, Build Bronzeville. Build Bronzeville's approach uses "the local culture and rich history to create a destination type of experience that attracts customers to engage in commercial opportunities and inspire residents to come out and interact with their growing community," the website says. "In this way, signature, black culture and history can be learned and celebrated while underserved minority residents feel a sense of pride and hope in new opportunities."

This five-part initiative includes entrepreneurship, culinary cuisine, historic destinations, and environmental beautification through programs such as Bronzeville Cookin', a row of restaurants celebrating the cuisines and cultures of the African Diaspora; Boxville, Chicago's first Shipping Container Mall; and The Forum, a performing arts center currently under renovation. The Bronzeville Incubator, opened in 2016, is the place where all of the other initiatives come to grow. "Tenants of Boxville utilize the Incubator," says Rachel. "Tenants that would use or open up restaurants downstairs could have access to meeting space or event space in the Incubator." Rachel believes the Incubator sits at the nucleus of the Build Bronzeville effort.

Rachel, a Southside resident herself, is working hard to integrate her concept of "Redefine. Grow. Go." as she evolves the services that the Incubator offers to tenants and members. "It's the cyclical process of helping masses of people ⁠— not just a small cohort or just a small group," explains Rachel. "We come here, we dissect things, we toss things out, we refine it, and then we get the tools and resources necessary to go on and do great things."

The idea for Redefine. Grow. Go. is so essential, because the Incubator has a huge number of people to help with a disproportionate level of space, staff, and resources to do so. Therefore, the emphasis is on efficiency ⁠— helping large groups of people as fast and as well as possible.

Her key takeaway so far from the Explore stage of PYROS is how important track-style programming is. "We have pop-up workshops and pop-up informational classes, but actually sitting through a week or multiple weeks of programming is very beneficial ⁠— it's a journey," Rachel says.

Rachel's start-up ILA Creative Studio, a creative visual branding company, was conceived of due to Rachel's passion for elevating black artists. "My company is dedicated to serving black artistry ⁠— to put it on a pedestal, celebrate it, praise it," she says. "I am making sure that the folks who are contributing to such powerful work are being rightfully celebrated and feel empowered. If I'm able to do that for a few folks, that energizes me and that's what keeps me motivated." Her second motivation is showing her young daughter what "being confident and powerful looks like as a black woman." 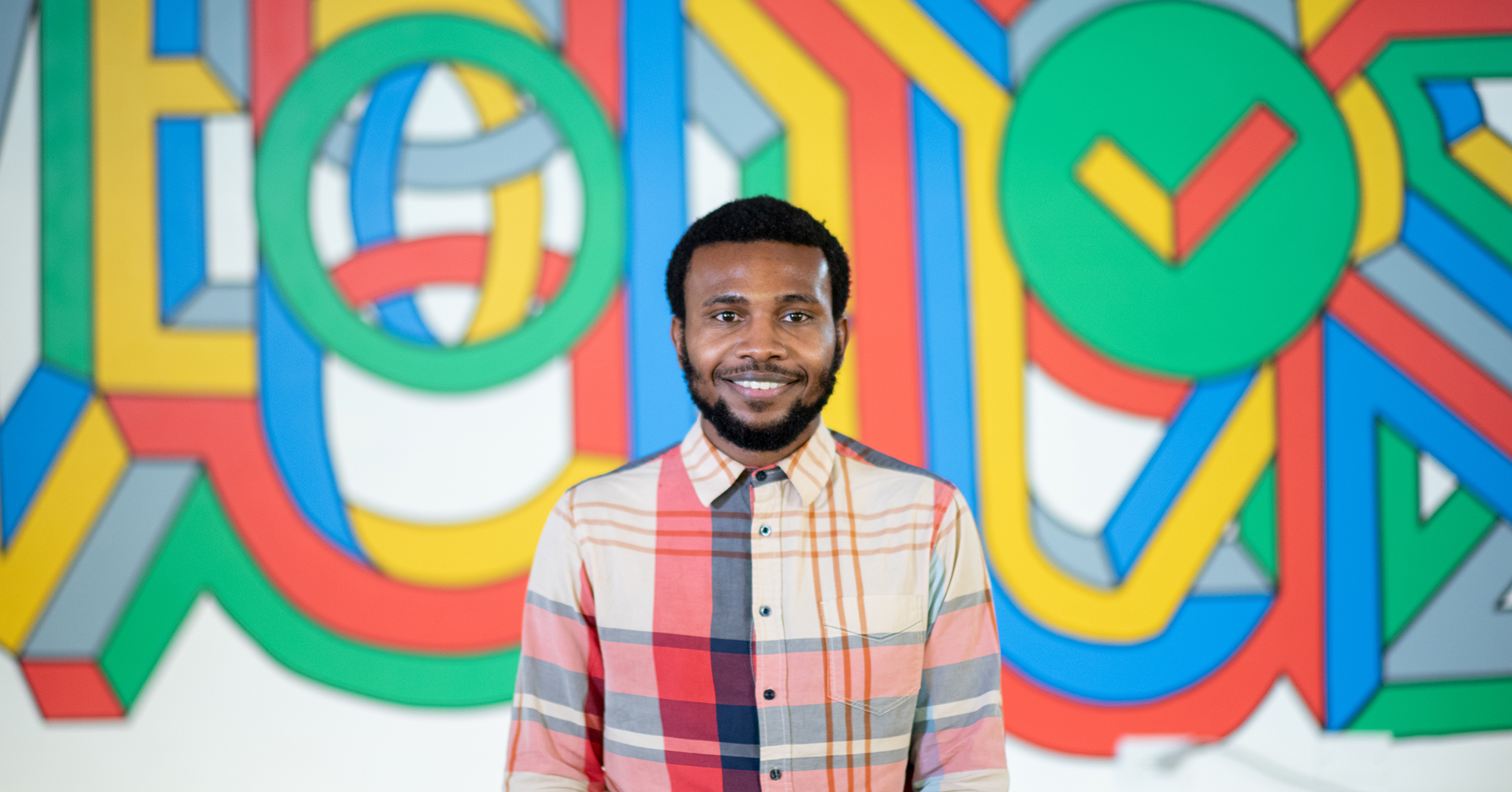 Keith Gordon, founder of We Love Code, a Chicago-based web development company, has spent his entire life on the South and West sides of Chicago.

At the age of 15, Keith was introduced by his high school guidance counselor to an After School Matters program through which students could refurbish computers that corporations had donated and then, in turn, donate these new-and-improved computers to nonprofits around Chicago.

Two years later, he was asked to teach this program himself. "So, now I'm teaching kids who are sometimes older than me...People I grew up with in the neighborhood, I have to convince them now, all of a sudden, to listen to me," says Keith. "It worked! A lot of them listened, and we successfully shipped from that one location at least 300 computers to the community and another 100 to Mexico."

Word spread around Keith's community about his work with computers. "Everyone was bringing me their computers ⁠— like aunties, uncles, friends. Any and everybody," Keith recounted. Throughout his stint in college, Keith's desire to open up his own computer store grew until he finally dropped out and put all his money and effort into this vision.

In 2010, he opened up Keith the Computer Guy in Ashburn around 79th and Campbell. It was a place where people could buy new and used computers, get their own computers fixed, and work in an Internet cafe. "I would have some pretty consistent people come in [to work]," Keith said. "It was a vibe. People would play music, sometimes we would have cookies. It was really cool."

About three years later, Keith decided he wanted to learn something new: how to code. He came to 1871 to take classes with The Starter League, one of the first coding bootcamps around. Keith met Harper Reed, former Head of Commerce at Braintree and CTO of President Barack Obama's 2012 re-election campaign, who, on their first meeting, "called somebody and got me a job on the spot," Keith said.

As Keith worked in the industry, he became a technology and web development consultant. His business evolved from Keith the Computer Guy to We Love Code. He and his team were working with companies and organizations all around the city — from the South and West sides to the Loop all the way to Schaumburg — on their mobile readiness.

At the same time, they offer free workshops all around town to teach topics from coding and WordPress to SEO. "All of our workshops have been free," says Keith. "Giving them away for free is just my roots ⁠— me teaching kids in the community from our early days. It's my way of giving back."

Keith and Rachel are part of a growing coalition of community organizers, entrepreneurs, and local politicians focusing their work on disinvested communities in Chicago. 1871 is proud to support that work however we can.