Communications Infrastructure and What It Enables

We rely so heavily on smartphones and other connected gadgets, but what is it that enables those devices to function? One of 1871's newest members, Crown Castle, the company enabling much of your wireless world, gives us a glimpse into the realm of cell towers, small cells, fiber optics and all things shared communications. This blog is part of the company’s “Tomorrow’s Chicago Today” series, which begins with a panel discussion on communications infrastructure Wednesday, December 5.

We live in a world where connectivity is no longer a luxury, it’s an absolute necessity.

In the U.S. alone, there are more than 262 million smartphone users, in addition to over 180 million other connected devices. Data traffic has increased 238 percent in just the last two years. And according to the Centers for Disease Control and Prevention, the average household has 13 connected devices.

This connectivity, data access and subsequent growth potential would not be possible without an intricately connected web of communications infrastructure. The end-products, which we know as networks, are actually the result of towers, small cells and fiber working in concert to ensure users have the coverage and access they need.

Cell towers are the foundation that provide wireless voice and data services to large geographic areas, but this traditional infrastructure has capacity limits. It’s akin to bikers, runners and walkers all crowding onto Chicago’s Lakefront Trail on a warm summer morning. Recent increases in the use of mobile apps and data means these towers are running near their capacity, which is why you may have trouble sending a text, watching a video, or refreshing an app at a large event like Lollapalooza. 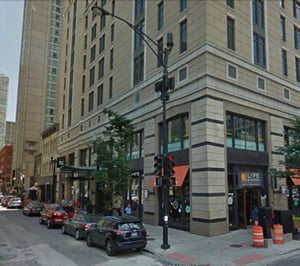 Now, enter the small cell solutions network (SCS) – smaller nodes that add much-needed capacity to dense urban areas, residential neighborhoods, stadiums, universities and other places where crowds assemble. Due to their inconspicuous stature, small cell nodes are typically installed close together on pre-existing infrastructure, such as signs, streetlights and utility poles. These nodes are then connected by fiber optic cable, which helps to further maximize capacity and relieve congestion. Fiber optic cable transmits data at the speed of light from the small cell node to its final destination, and vice versa. The nearly limitless bandwidth and capacity characteristic of fiber creates those faster, more reliable connections.

When all joined together, it is some combination of cell towers, small cells and fiber that comprise our wireless networks and deliver the connectivity necessary in today’s technology-driven society.

Maintaining robust communications infrastructure has many other invaluable benefits. First and foremost, a better-connected community is a safer community. Aside from the peace of mind that comes from knowing loved ones are always within reach, reliable service is critical during emergency situations, as approximately 80 percent of 911 calls originate from mobile phones.

Communications infrastructure also plays a leading role in fostering a competitive local business climate. Especially right here in Chicago, where Mayor Emanuel’s ongoing initiative to bring tech companies downtown and the widespread success of technology incubators have been well documented, wireless bandwidth is essential to the city realizing its potential as both a smart city and future global tech hub. After all, as the IoT continues to take hold and technologies like smart streetlights and smart meters become increasingly integrated into everyday life, dependable communications infrastructure will surely sit high atop the list of requirements for any business.

According to a forecast by Gartner Inc., the total number of connected Internet of Things (IoT) devices

worldwide is expected to balloon to 20.4 billion by the year 2020. With no signs that demand for reliable mobile connectivity is slowing down, continued advancement is key. Through our $400 million investment in the deployments of small cells across the city, Crown Castle is already beginning to build the foundation of the fast-approaching 5G revolution. And it is this next generation wireless network that will ultimately power the IoT with connection speeds up to 100 times faster than today.

In many ways, communications infrastructure is the backbone of our society. The industry will continue to evolve over time, but a commitment to investment and innovation today will only serve to benefit our communities well into the future.

To learn more or register the first event in the "Tomorrow's Chicago Today" series, follow this link.