Augmented Reality is the Next Mega-Trend: Chicago Startups Weigh In

Social media, GPS, smartphones, IoT. These are all the biggest tech trends that have come about in the last 10 or 20 years. With all of these offerings and products at the touch of a fingertip, it might seem like we’ve reached the apex of innovation; however, augmented reality, which uses technology to transform the way we view our environment, is poised to become the next big thing in tech and business -- here’s why. 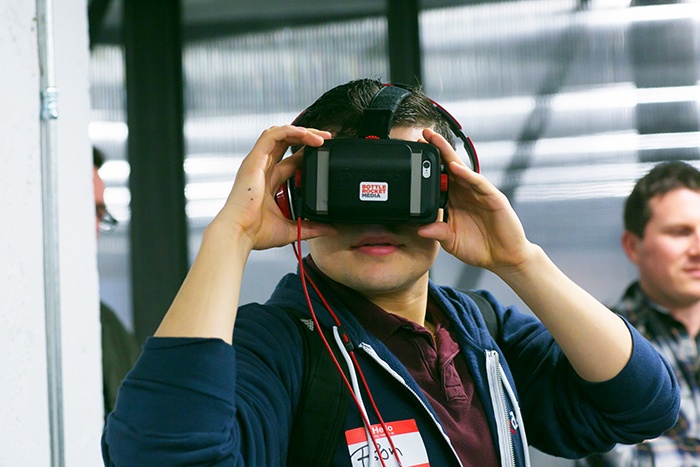 The only thing better than lounging on a beach in Costa Rica is having the leisure to do that from your living room. And while that might sound too good to be true, we’re a lot closer to building that experience than you think -- after all, augmented reality, or AR, has already allowed us to catch Pokemon in the park and AR’s twin, virtual reality (VR), has given regular people the ability to fight crime as Batman or take on the Death Star as an X-Wing pilot.

And while you might think that AR is nothing more than a fancy party favor, more and more industries are using the technology for business rather than pleasure. Take real estate or interior design for example; AR technology is providing clients with the ability to explore a property from the comfort of their own home or, in the case of IKEA, visualize items and furniture in a room without actually purchasing them.

According to Adam Wisniewski, CEO of EX3 Labs, an experience design and product innovation firm that focuses on emerging tech such as Internet of Things (IoT), AR, VR, and artificial intelligence, AR technology is already being implemented by major-market businesses throughout the nation.

“We actually have a lot of customers on the Fortune 500 list that are enterprise customers and they are seeing all kinds of cases for AR technology. That’s just one example of how much businesses are relying on AR today, and I think you’re going to see a lot more of it.” – Adam Wisniewski, CEO, EX3 Labs

And while it’s likely that you’ll see more AR in the near future, most of us have already had a few brushes with the technology. In fact, if you’ve recently caught a football game then you’re already familiar with AR because it’s the reason why you’re able to see the digital line overlays on the field.

But even with all of the current AR products and services out there, entrepreneurs in this industry know that there’s still plenty of innovation to be had in the space. That’s the philosophy of Ed LaHood, CEO of Thyng, an app that lets users create their own AR experience and festoon their surrounding environment with 3D objects, videos, and photos.

“Think about walking into a retail store and suddenly, you have characters or products that are actually talking to you and giving you information about what’s new or where you can go to find the latest merchandise. That’s environment based AR, which allows the environment around you to come to life and tell a story -- and there’s so much that you can do with it.” – Ed LaHood, CEO, Thyng

In fact, the fashion industry has already adapted the technology to provide a more convenient shopping experience for their customers. The major clothing chain Zara, for example, uses AR displays to help customers see what clothing would look like on a live model. And while AR dressing rooms might be coming sooner than we think, LaHood believes that the technology will soon play a role in most major industries.

“There are plenty of B2B and B2C applications for AR. Take target-based AR for example, it allows brands to communicate with their customers and vice-versa. As a customer, you can simply scan a product and have the product tell you everything about itself, so it really does allow products to come to life.”  – Ed LaHood, CEO, Thyng

Yet while AR technology is making tremendous impact in fields like retail, fashion, and real estate, innovators like Wisniewski say that augmented reality is doing more than just bringing in business -- it’s saving lives.

“We see a lot of doctors using this kind of technology to mimic surgery. Instead of performing on cadavers, they perform directly using a hologram. It’s one of the many AR applications in the medical field. ” – Adam Wisniewski, CEO, EX3 Labs

And who knows, you might start seeing AR products pop up around you sooner than you think. It’s an exciting time for the tech industry and we can’t wait to see what AR has to offer in the future -- for the moment though, we still have a few pokemon to catch.