1871 Community Generates 800 Jobs, $30 Million in Capital Investments and $13 Million in Revenue, Paves Way for Next Generation of Business Leaders

CHICAGO, IL - May 3, 2013 - Governor Pat Quinn and Chicago Mayor Rahm Emanuel’s administration today joined leaders from 1871 – the first-of-its-kind digital startup hub – to release data showcasing its positive impact on the local economy. During its first year, the co-working center for digital startups in Chicago has generated 800 jobs and tens of millions of dollars in investment, while paving the way for future business leaders.

“The state's investment in 1871 is already paying dividends by creating jobs, attracting local and national investment, and strengthening our state’s economy,” Governor Quinn said. “Fresh ideas and innovation are happening at 1871, and our state is benefitting from the creative forces at work within this community.”

“Chicago has as much momentum as any city in the country for developing a world class startup ecosystem,” Mayor Emanuel said. “The success of 1871 is a shining example of this community coming together to lead business innovation, create jobs and have a major economic impact.”

To pinpoint the tangible impact of the startup community, in April 1871 conducted a self-reported survey of the founders of its member companies. The study concluded:

Operated by the nonprofit Chicagoland Entrepreneurial Center (CEC), 1871 offers educational programming, access to mentors and investors and other resources to help early-stage entrepreneurs accelerate their path to success. At 1871 today, 225 startups are building their businesses alongside one another at what has become recognized as the central address for the city’s burgeoning entrepreneurial community.

In addition to creating jobs, bringing capital investments to the community and contributing to the local economy, 1871 is the proud first home of Chicago’s next generation of business leaders. A key benchmark of success for 1871 is when a member company advances to the next stage in its business trajectory, outgrows the space at 1871 and becomes alumni.

"1871 has provided the density of ideas, talent and connections which has put us on the path to success,” said Liz Salcedo, an 1871 recent alum and founder of Everpurse, a fashion-tech company building products that empower women. “1871 was our launch pad.”

Looking to 2013 and beyond, the CEC is dedicated to making the 1871 experience even more impactful for its members and developing more connections between startups and local corporations.

“It’s been an incredible first year that has exceeded our expectations,” said Jim O’Connor, Co-Chairman of the Board of Directors, CEC. “We’re grateful to the community which rallied around us, including influential business leaders who have contributed their time and resources to mentor the incredible visionary entrepreneurs who flocked to 1871 this year.”

Governor Quinn has worked to expand innovation through entrepreneurship in Illinois, investing in emerging fields and supporting startups across the state. The governor was an early supporter and investor in 1871, and worked to help take the center from planning stages to reality.

The Chicagoland Entrepreneurial Center (CEC) is a non-profit organization that supports entrepreneurs on their path to building high-growth, sustainable businesses that serve as platforms for economic development and civic leadership. Its flagship project, 1871, fulfills CEC’s vision of a central address for entrepreneurs in Chicago. CEC runs and operates the workspace, develops programming, organizes events and ensures that the culture of 1871 allows entrepreneurs the greatest opportunity for success. 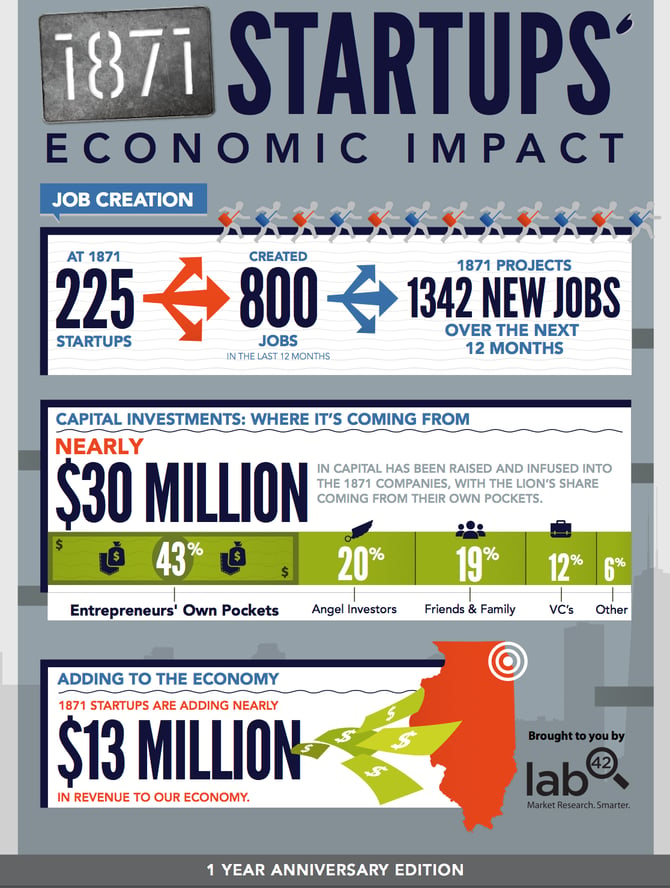