Most entrepreneurs begin with the idea that their startup is bound to create ripples in the market. They may have a strong investor and an empowered team. They are focused on the big picture. They have all the ingredients that could lead to a successful startup. Despite being well prepared, there are only a few businesses that manage to see another year of existence. Some businesses fail while some don’t. In this article, Taylor Ryan, CMO at Valuer.ai, takes a look at why execution -- and not ideas -- can make all the difference. 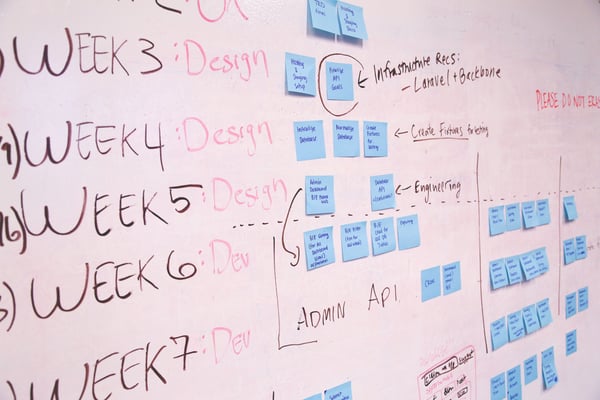 Amazon came up with a million dollar idea of delivering groceries to the customer’s doorstep with Webvan. The venture was successful in San Francisco but the minute they expanded, it turned into a living nightmare. Years later, Google introduced the same idea with Google Express which seemed to work. Louis Borders, the founder of Webvan, is back with the same idea by the name of HDS (Home Delivery Service) to test it again. What do these businesses have that Webvan lacked?

Successful startups rarely have a unique idea. What sets successful businesses apart from others is that they focus on execution rather than selling the idea alone. They work hard to be on the same wavelength as their competitors because in this rough and tumble world, pioneers get slaughtered and settlers flourish.

We have listed down the reasons why the startups need great execution more than great ideas.

Entrepreneurs put a lot of energy into achieving something great. Many sleepless nights and failed hypotheses go into formulating that one perfect idea. An idea acts as a seed and could become the next big thing. For the idea to thrive, it is important for it to be executed the right way. Otherwise, it will only be a notion or a mere thought.

Execution helps critically analyze the idea. When put to the test, you see whether the idea survives when entering the market. And it won’t be a flawless first attempt, and you’ll most certainly encounter errors along the way. But that is a good thing! It gives entrepreneurs an indication of where to focus and improve. The value and the foundation of the business are scrutinized to eliminate any disaster in future.

For startups, testing the idea should be swift. The corporate world is highly competitive and companies are always looking to fight off competition. Therefore, the idea needs to be concrete and execution must be foolproof. Businesses who hustle are often successful.

Executing the idea, the right way lays the foundation for a successful business. But many startups fail as soon as they begin, just to see another person to pick the idea off the ground and turn it into something successful. They have learned from the mistakes of predecessors, and they’ve turned it into startup 2.0.

LinkedIn came into being after the failure of Social Net. Reid Hoffman created Social Net with the idea of providing users with a platform which combined dating and professional networking. The venture failed because the public was not ready and the ultimate purpose of the platform was undefined. He then created LinkedIn, which had one purpose only - to connect people professionally.

The failure of Social Net laid the foundation for a separate venture which turned into a go-to place for people seeking work.

In the initial stage of planning, entrepreneurs devise a business plan, acting as the roadmap that brings that startup life. The idea is put under scrutiny and analyzed from every aspect, be it organizational, market, sales, financial, or funding.

The corporate world is in a constant state of change. With technology advancing every day, new trends emerge, consumer preference changes, and economies fluctuate. Startups must prepare themselves for unexpected circumstances. Be vigilant and flexible enough to adapt to market changes. Execution helps give a rough view of the outside world. The startup may fail during the execution, but that doesn’t necessarily mean the end.

Startups have the potential to change the world to make it a better place. Many elements are crucial to the success of the startup. It largely depends on the idea itself, the business model, the team, and the funding. Perhaps, the most crucial of all is the timing. Most businesses have been successful because they were perfectly timed.

When initially pitching Airbnb, investors didn’t take a second glance. They believed that people would not be comfortable renting out their apartments to strangers. Later, they were proved wrong. The startup was launched during the recession when people were looking to make extra money. The best execution paired with perfect timing results in a successful startup.

A great execution largely depends on the team behind the idea. An entrepreneur may have a groundbreaking idea, but if the team isn’t a right fit, all the efforts go in vain. A balanced team plays a key role in understanding and executing the founder’s vision.

It is necessary to have people who complement the founder’s skills and bring more to the table. The right composition brings synergy to the efforts of the entrepreneur. When the value of each member of the team is aligned with that of the startup, results start pouring in. A balanced team helps maintain the integrity of the business. They know better than anyone what the customer seeks, and how to deliver value.

While executing a business plan, the team will experience a multitude of ups and downs. And it is healthy when starting out. Appreciate and accept that the company will fail sometimes and learn from the mistakes. With the help of trial and error, the team will find different areas to improve and optimize. It is all a part of the journey. And the more tests and prototypes run, the more you will see improvements to the business. And best of all, you will be able to provide value to the customers.

Every year, hundreds of startups launch with the hopes of becoming the next Facebook or Amazon. Only 10% of them are successful. But that does not mean businesses should stop trying. The path to success is paved by a series of failures. Startups do not always move in a straight line. Sometimes, they experience thriving sales and profits. At other times, their decisions may steer the business toward failure. Failing teaches startups what to avoid to be successful in the future.

Idea and execution go hand in hand. Both of these elements are crucial to the success of the business. Great and effective execution strategies do not form overnight. Businesses who claim to be successful ‘overnight’ suffer decades of failures to come up with a perfect strategy.

There have been companies that started as pioneers but turned to nothing more than smoke and mirrors. Startups must pivot their business models with respect to the market trends. These changes help them determine the right time for execution.

Execution gives a reality check as to what looks good on paper but may not work in real life. Execution is extremely challenging but having a balanced team that is willing to take risks plays a major role in determining success. Businesses that hesitate to take a leap of faith never survive. Those that hustle and struggle survive the longest.