1871 Companies Prove Chicago is a City of Rebuilders After Hurricanes Irma, Harvey and Maria

When three major and catastrophic hurricanes made landfall between late-August and early-October, the destruction left in their wake was described as “unprecedented” and “devastating.” In the following month, it has been inspiring at 1871 -- an organization that is named after those who rose up and rebuilt after a disaster -- to see the innovators and member organizations that have stepped up to use their tools and tap their communities to aid in the aftermath.

We rounded up some of the efforts that have had an impact below, but if your organization or startup had a hand in helping after Irma, Harvey or Maria, we want to hear about it. Email comms@1871.com and we will include your story.

In the wake of Harvey, Cameo dipped into its own revenues to help the victims of the hurricane. The company -- which lets users book personal social media shoutouts from celebrities and influencers -- donated all of its profits (approximately $3,800) from Labor Day Weekend sales to causes that benefited victims and relief efforts.

It’s not Cameo’s only way of giving back. Some of the company’s influencers, athletes and social media stars donate the money they make with Cameo’s shoutouts directly to causes they care about.

Evan Robinson is no stranger to 1871. The “Top Chef Jr.” contestant learned to cook thanks to an instructor at member Common Threads, which helps kids learn healthy cooking skills. After almost reaching the semi-finals of the Fox reality chef show (his family even hosted a viewing party for the first episode at 1871) Evan has continued making headlines for his skills. After Maria hit Puerto Rico, Evan got baking, according to a recent Chicago Tribune profile about his efforts. In all, the 12 year old Hyde Park native whipped up more than 420 empanadas after filling online orders via his Facebook page, and donated the proceeds (just over $1,200 and growing) to Unidos Puerto Rico. 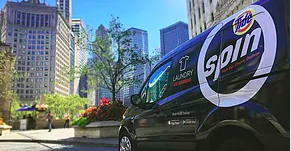 1871 startup Tide Spin turned its fleet of laundry pick-up and delivery service into a mobile donation operation following Harvey. During the month of September, the company allowed users to call its trucks -- which would normally pick up their laundry and deliver it clean -- to collect loads of unwanted clothes and donate them to Harvey victims in need. In all, the company received more than 1,200 pounds of clothes. To put that in perspective: An average load of laundry is just 7 pounds. 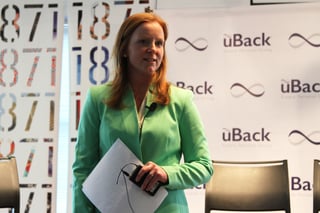 1871 WiSTEM alum uBack was out in full force after both Irma and Harvey. The company, whose app makes it easy to donate instantly to charity organizations, was quick to post a pair of guides for those searching for the best local organizations to give to in both Florida and Texas. Additionally, the company sent a dedicated email to all users encouraging them to give to the Red Cross through the app.

Kristen Sonday, founder of IHCC cohort alumni company Paladin and 1871’s current Code2040 Entrepreneur in Residence, tapped her network of lawyers to come out in force for Harvey and Maria victims. Paladin provides an enterprise SaaS platform for in-house teams to connect with those in need, and the hurricanes' devastation created a huge need for legal services in its wake. After the Texas Supreme Court issued an order allowing attorneys to temporarily practice in the state if they were working for free, Paladin provided opportunities and connections within its network for any attorney thinking about heading south to aid the efforts. They're now working on coordinating relief efforts in Puerto Rico and the Virgin Islands. 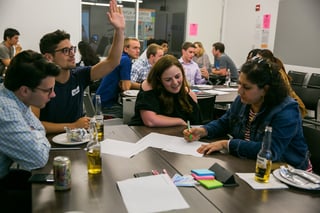 For Accenture Operations Studio, Harvey inspired a Disaster Relief Design Thinking Workshop aimed at tackling the challenges of disaster relief head on. Held on Sept. 12, about 30 coders and designers gathered at 1871 for a design thinking workshop, where participants -- including a director from the Red Cross -- went through a series of exercises that developed personas for all key stakeholders during a natural disaster, and thought critically about the role apps like Facebook and Twitter play when victims and first responders communicate.

1871 member and WiSTEM alum SpringFour has been busy with relief efforts as well. In 2012, as a response to Superstorm Sandy, the company added a "disaster relief" category to its platform, which helps victims immediately connect with the appropriate agencies and organizations that can provide assistance. As of October 16, the company has made more than 15,000 referrals to financial support, medical care, rebuilding help, and employment services and aid in Florida and Texas.