1871 is excited to announce the extension of its partnership with Hirewell, a Chicago-based recruiting firm. Hirewell's two full-time recruiters have filled more than 100 technical and non-technical positions with 1871 member companies, and 48 percent of those hired met an inclusion standard in 2016 with an average salary of $72,500. 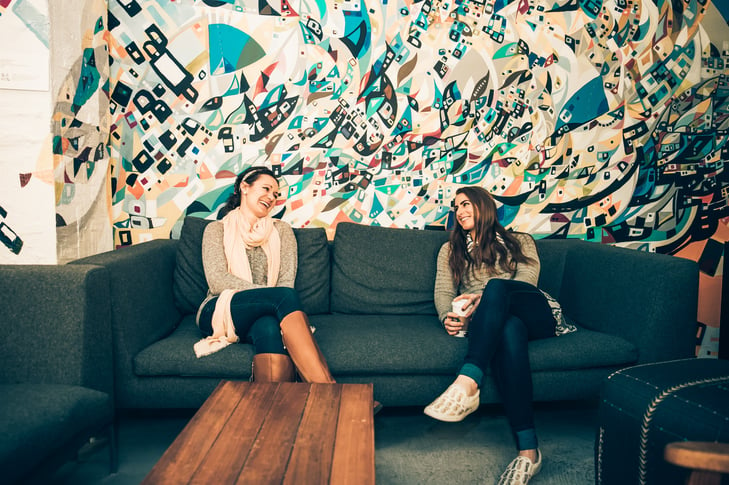 1871 and Chicago recruiting firm Hirewell announced Thursday an extension of their innovative relationship, allowing 1871 members to continue to take advantage of the talent acquisition services offered by two full-time recruiters at 1871. The agreement keeps Hirewell at 1871 through 2018 with a mutual extension agreement for 2019.

Since its inception in 2014 with the addition of in-house recruiter Laura Fendrich, 1871 member companies have had access to recruiting services and candidate networks supported by Hirewell's infrastructure to find and hire more than 100 applicants for positions ranging from chief technical officers to sales professionals. The extension agreement keeps Hirewell’s professionals working out of the 1871 offices with direct access to members, where their services are offered at a fraction of the cost of other recruiting options.

“Hiring and finding the right candidate continues to be one of the most time-consuming and costly duties of a startup, yet it is surely one of the most important,” said 1871 COO Tom Alexander. “We are very happy to maintain our relationship with Hirewell and offer these critical services at a discounted rate to our members.”

1871’s recruiting team is also a critical piece of the organization's mission to foster diversity in the Chicago tech ecosystem. Members who engage with 1871’s recruiters agree to review applicants from a diverse talent pool sourced from many of 1871’s partners, including Skills for Chicagoland’s Future, Code Latino, Coding While Black, DESIGNATION, Fullstack and Evolve Security Academy. In 2016, roughly 48 percent of those hired through the recruiting program met an inclusion standard and the average salary was $72,500.

“In a market where major tech players are competing for Chicago’s top talent, we’re proud Hirewell has a presence at 1871 to bring qualified candidates to our members,” said Fendrich. “We’re very excited to continue helping 1871 members recruit for highly technical roles with our network of diverse and talented candidates.”

In addition to the direct benefit provided to 1871 members, Hirewell’s presence allows the company to build lasting relationships with member companies and continue to work with them as they grow and expand.

“Having a presence at 1871 has been a fantastic way for us to establish strong relationships with startup companies and help them grow,” said Hirewell Managing Partner and Co-founder Matt Massucci. “We look forward to continuing to help 1871 members as they build out their teams and ultimately create jobs in the Chicago tech ecosystem.”

Founded in 2001, Hirewell has partnered with companies in a range of industries to strategically build world-class workforces. Other Hirewell clients include kCura, Duracell and Cleverbridge.

“The recruiting team at 1871 has been crucial to our growth as we’ve sought the best technical talent in Chicago’s tight market,” said Andy Abbott of 1871 member company Heretik. “We’ve been impressed with each new hire that has joined our team through Hirewell’s efforts and look forward to continued success through our partnership.”